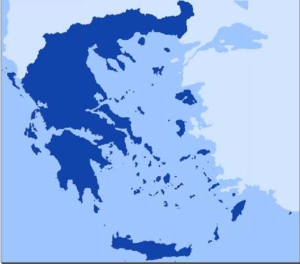 Hellas, or Greece in English, is the name for the modern-day Hellenic Republic, located in southeastern Europe at the point where the Haemus (Balkan) peninsula juts into the Mediterranean Sea and forms a land-based connection to Asia Minor (Anatolia) and the Middle East. Hellas is also the birthplace and cradle of Western civilization.

The Hellenes have affected and are still affecting every aspect of our lives. Most of our traditions, ways of life, ideas, and culture today can be directly traced back to the ancient Greeks and their great Hellenic civilization. 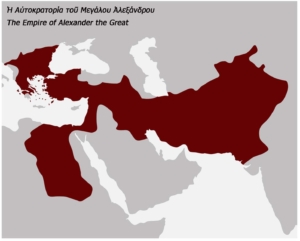 Empire of Alexander the Great

Greek civilization has influenced Western civilization in a unique and unparalleled way. The Greeks have changed our world. Their civilization is still inspiring us today, and in some aspects, we strive to equal it.

Through the conquests of Alexander the Great, a great Hellene and Macedonian king, Hellenism (Hellenic culture, thoughts, and ideas) spread to other parts of the world. 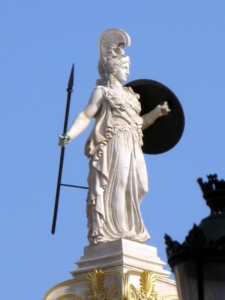 “What the mind and the heart are to a human being, Hellas is to humanity”Johann Wolfgang von Goethe (1749 – 1832). German poet, writer, artist, scientist, and politician.

From the Greek word HELLAS, the words “Hellenic”, “Hellenistic” and “Hellenism” are derived.

“Hellenic” refers to Greece itself.

The term “Hellenistic” refers to the period or era during which Hellenic or Greek cultural influence and power reached the peak of their geographical expansion. Greek culture became dominant in the Mediterranean world and most of Western and Central Asia, even in parts of the Indian subcontinent and spanning as far as modern-day India.

The term “Hellenism” refers to the national character, spirit, and culture of Greece, especially ancient Greece. It is rooted in the history of the Greek people, but it encompasses more than just Greek culture. It is part of humanity’s shared heritage.

‘…and it seems that the name of the Hellenes is no longer denoting a race, but a mentality and one should call ‘Hellenes’ rather those who participate in our education, than those who share our common nature [DNA].Isocrates. Panegyricus (i.e. Celebrating Speech), 50. 4th Century B.C.

Today, Greece is a popular tourist destination and one of Europe’s and the world’s most visited countries. It attracts around 30 million visitors a year, thanks to its rich culture and history, reflected in large part by its 18 UNESCO World Heritage sites. 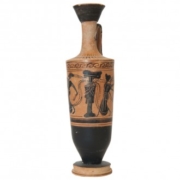 Some of the country’s major and most popular tourist destinations include the capital city Athens, the islands of Thira (Santorini), Mykonos, Rhodes, Corfu, and Crete, as well as the peninsula of Chalkidice.

Whether you are looking for a pleasant and relaxing holiday, an educational or religious tour, or maybe organizing a conference, then Greece is your destination.

Select from our list of tours under Destinations/Greece, or contact us and let us help you organize a unique and memorable visit to Hellas, the birthplace of our Western civilization and home of the gods.

This site uses cookies. By continuing to browse the site, you are agreeing to our use of cookies.

We may request cookies to be set on your device. We use cookies to let us know when you visit our websites, how you interact with us, to enrich your user experience, and to customize your relationship with our website.

Click on the different category headings to find out more. You can also change some of your preferences. Note that blocking some types of cookies may impact your experience on our websites and the services we are able to offer.

These cookies are strictly necessary to provide you with services available through our website and to use some of its features.

Because these cookies are strictly necessary to deliver the website, refusing them will have impact how our site functions. You always can block or delete cookies by changing your browser settings and force blocking all cookies on this website. But this will always prompt you to accept/refuse cookies when revisiting our site.

We fully respect if you want to refuse cookies but to avoid asking you again and again kindly allow us to store a cookie for that. You are free to opt out any time or opt in for other cookies to get a better experience. If you refuse cookies we will remove all set cookies in our domain.

We provide you with a list of stored cookies on your computer in our domain so you can check what we stored. Due to security reasons we are not able to show or modify cookies from other domains. You can check these in your browser security settings.

We also use different external services like Google Webfonts, Google Maps, and external Video providers. Since these providers may collect personal data like your IP address we allow you to block them here. Please be aware that this might heavily reduce the functionality and appearance of our site. Changes will take effect once you reload the page.